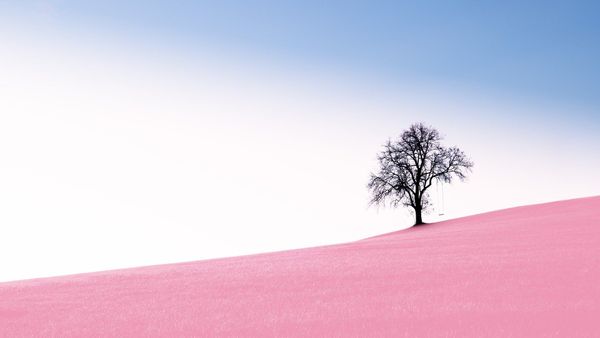 Aren't you tired of tweeting but getting no response at all? It's no different than speaking in a crowded room, but everyone just ignores you.

Having a lot of inactive followers that don't engage with your tweets is pretty much the same. Maybe, you regularly tweet and post even attractive tweets, but you don't get the engagement or popularity you deserve.

Apart from your own account, I'm sure you've already run into accounts having the same issue. I've seen, for instance, loads of Twitter users with thousands of followers but get 20-30 likes on average for their tweets.

There are two main reasons why this is the case. The followers are either

In either case, the Twitter accounts with low engagement rates due to inactive/fake followers give a negative impression on the outside. This is both annoying and harmful, especially if you're using Twitter as a showcase of your online identity.

Plus, if you also happen to utilize the platform for marketing purposes (like influencer and affiliate marketing), brands not only check your follower count but also your engagement rates. And they accordingly decide if you're a suitable person for promoting their products.

So, it's highly crucial to spot and remove inactive followers who don't engage with your tweets and lower your engagement rates.

Nevertheless, checking every single follower of yours and detecting if they're active on Twitter is just a hell of a pain! Plus, if you have loads of followers who don't engage with your posts, it takes forever to remove them.

Circleboom enables users, brands, and SMBs to grow and strengthen their Twitter accounts.

In this article, I'll show how you can use Circleboom Twitter to get rid of inactive followers who don't engage and boost your Twitter performance.

Circleboom Twitter allows you to list and clean up your followers and friends altogether. With the help of Circleboom’s ability to detect inactive & overactive Twitter accounts, you can easily find and delete your inactive accounts on Twitter quickly and safely.

Here are the simple steps you need to take to do so:

It will take just a few seconds.

Step #2: Click on the menu on the left of your dashboard, select "Search", and tag on "All My Followers." Finally, you'll end up with a  list of your followers.

Step #3: If you want to filter the search results and find only inactive accounts, you should click on the box with "Show Inactive Accounts" at the top menu.

Yet, keep in mind that Circleboom Twitter also allows you to be fake and overactive, egghead, and verified accounts. Plus, you can use sort your followers by keyword to narrow down your results.

Step #4: After the followers are listed, you can select some or all of them.

Then, you only need to click on the red "Remove Selected Followers" button.

If you are sure to remove these inactive followers, you should click on the "Remove Followers" buttons and finish the process.

We've also prepared a hands-on video for those who may prefer to remove inactive Twitter accounts in 2022:

💡
Note: Circleboom lists all inactive Twitter accounts by analyzing them. Meanwhile, every search result that we view on the grid clearly shows the result profile image, name, and place, as well as a comprehensive profile link to help our users verify it based on their profile.

Here are the steps for doing so:

Step #1: Log into Circleboom's iOS app on your device.

Step #2: Use the Search menu to list all your followers.

Step #3: Lastly, select some or all of them and remove inactive Twitter accounts.

Having low reactions from followers is upsetting and annoying. It feels like you speak before an audience and like they focus on something else.

Posting tweets with a lot of inactive followers that don't engage with them is pretty much the same thing.

This becomes a serious issue apart from being an annoying nuance in your life if you use Twitter for marketing purposes or if you use the platform for showcasing yourself.

For all these reasons, detecting and deleting inactive followers who don't engage with your tweets and lowering your engagement rates is essential.

Yet, constantly checking all followers if they're active or not is just exhausting! Plus, if you have loads of followers, it takes forever to detect & remove them.

Instead of spending long hours checking your Twitter accounts, Circleboom Twitter offers you a remarkable feature to investigate your followers and spot your inactive followers (in seconds).

What's more, cleaning up your accounts of inactive accounts that don't engage will give you a better follow/following ratio and an accurate estimation of your Twitter connections.

Lastly, I'd like to remark that Circleboom is a high-esteemed and popular social media management tool on the market. Today, it's trusted and used by various companies like Netflix and Roche.