Twitter Marketers, Get Ready for April's Arts and Sports Events!

April 2018 brings us a bunch of great arts (film, music, concerts, etc.) and sports events, you don’t want to miss them if you’re going to grow your audience. Focus on the dates below and reach thousands if not millions of like-minded audience.

This month, people will Tweet about NFL’s #StanleyCupPlayoffs, #Coachella musical acts and try to see who gets selected in #NFLDraft2018. At the second half of the month, International Earth Day, Latin Music Awards and Annual Emmy Awards will hit the Trending Topics Lists.  And the last but definitely not the least, #AvengersInfinityWar will rock Twitter on April 26th.

Focus on April 2018 key dates to get even more traction to your business. 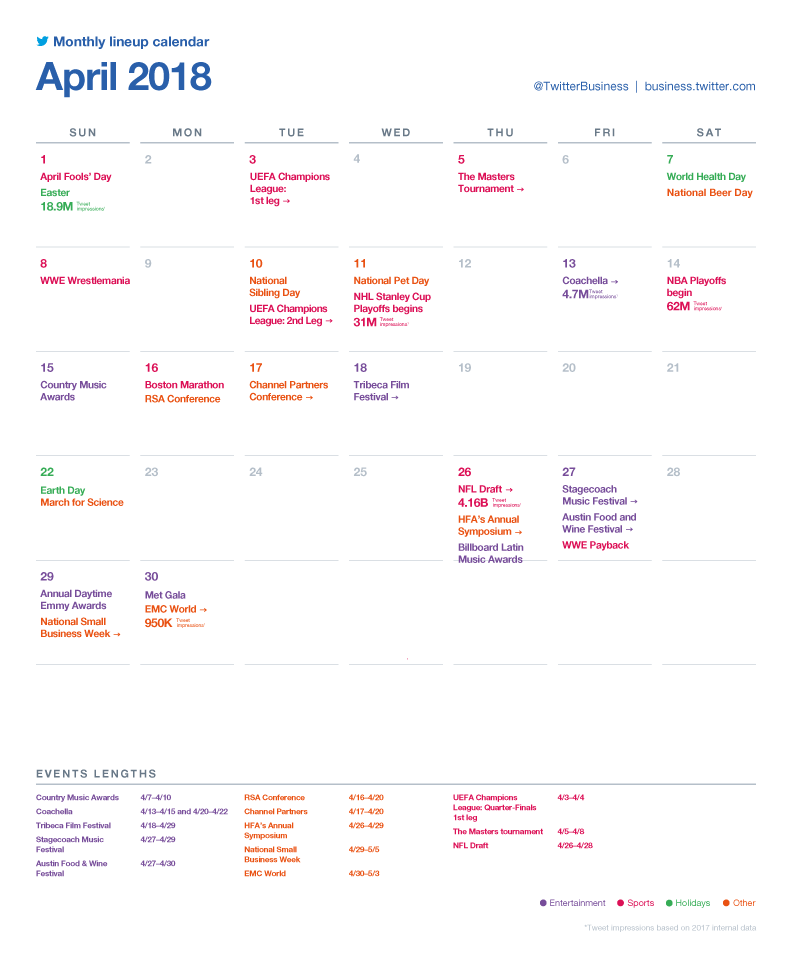