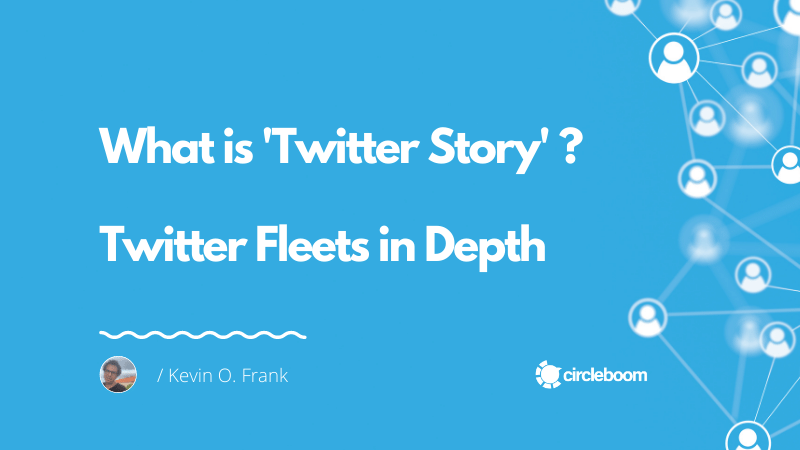 Have you heard about recently announced Twitter Fleets? If you wonder about the 'Twitter Story,' let's check the details below.

Twitter Fleets is a story feature of Twitter that was officially announced yesterday. It was previously launched in some countries like Italy, South Korea, India, and Brazil. Twitter Fleets, which is named 'Twitter story' by the public, is a little late coming feature to be released after Snapchat stories, Instagram stories, WhatsApp stories, etc.

Twitter Fleets is an enterprise by Twitter to heat engagement on the social media platform. Via disappearing' Twitter stories,' Twitter seems to build stronger personal relations with less social pressure on broadscale. Herein, Twitter Fleets can encourage people to share their candid, even childish thoughts through public and personal disappearing text or multimedia messages without paying much attention to public reactions.

Moreover, Twitter Fleets may constitute a milestone for B2B marketing because it provides a chance to share media messages that brands and influencers wouldn't want to go out as a tweet.

As is announced by Twitter's official blog:

"Fleets are for you to share your ideas and momentary opinions. These posts disappear after 24 hours and have no retweets, likes, or public comments. We hope that people who are not usually comfortable with Tweeting use Fleets to talk about the reflections that come to their head."

Here are some highlights to gain an impression:

Step #1:  Tap on the plus icon on your Twitter profile picture.

Step #2: Then, a blur-background page will pop-up, here you can create your Twitter Fleets, so-called 'Twitter stories' in the form of text, still images, videos, and even GIFs.

Step #3: When it is done, tap on the "Fleet" button on the right bottom of the screen to let your fleet free on Twitter.

Note: There no limitation on the number of Twitter Fleets, at least for now. That means can add as many Twitter Fleets as you wish.

However, if you want to add a video to your Twitter Fleet via recording directly with your mobile device, the limit is 60 seconds. If you add a video from your gallery, the limit downs to 30 seconds for each video.

Note: The image of the tweet added to Twitter Fleets can be resized or rotated or supported with text.

Even it hasn't been launched currently, It is known that Twitter has been working on this feature. In collaborative Twitter Fleets, two users can create a Twitter fleet that will be visible for both the user and the followers. Collaborative fleets could be used for short interviews in talk shows, podcasts. It can be very attractive to Twitter's functionality and user base.

Twitter Fleets present a fertile ground for brands and influencers to get in direct and frank engagement via creative multimedia fleets they create. Twitter Fleets are still at the point of departure. So, its global effect will have to appear in the short run, and therefore we can develop new strategies to get the better benefit of Twitter Fleets.