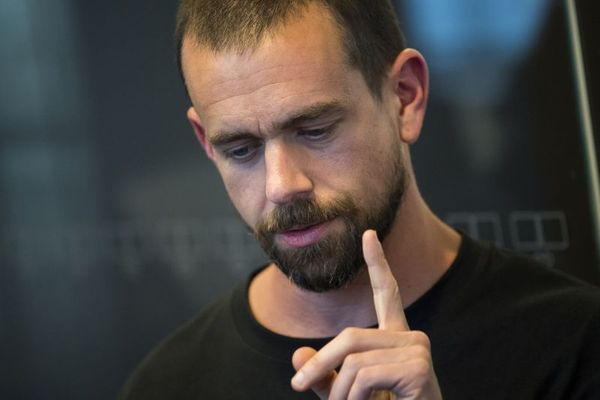 Twitter is considering to add an Edit Button to their Tweets

Twitter CEO Jack Dorsey said that the company is carefully planning to add an edit button to the tweets while speaking at Indian Institute of Technology, New Delhi.

According to him, the main purpose of an editable tweet is to make sure that Twitter users can fix typos and small errors. Here’s what Jack has to say about their planning to add an edit button:

“You have to pay attention to what are the use cases for the edit button. A lot of people want the edit button because they want to quickly fix a mistake they made. Like a misspelling or tweeting the wrong URL. That’s a lot more achievable than allowing people to edit any tweet all the way back in time,” Dorsey said.

(via The Next Web)

With Twitter having an infrastructure that’s been there for decades, adding an editable tweet is not going to be an easy task. It involves a huge rewriting of the codes and the correct planning of implementing the edit button.

At the same time, we can safely say that all the social media platforms provide the edit feature without any controversy or complicacy.

It gets a little tricky for Twitter to add the edit button compared to other social platforms. Twitter has been the voice of people, and adding an edit button might make that voice change over the course of time.

Hence, the CEO, Jack Dorsey, and his team have been taking the implementation of editable tweets slowly. They want to make sure that if a tweet is editable, it’s possible to view the edits that have been made over the time.

Maybe they would provide an entire changelog to the edited tweets. Or maybe, just maybe, they will add a certain time frame to edit the tweets. As their main purpose is fixing misspelling or minute errors, which maybe takes a few seconds to figure out as your tweet go out.

While, no one, not even the Twitter CEO is sure about how Twitter can have an edit button, it seems like a basic feature to have on any social media platform.

Here’s how the Twitter users are going crazy with this announcement: 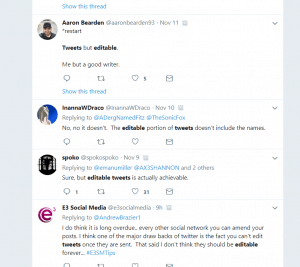 There have been several speculations on if or not Twitter should release an edit button. There are opinions like what’s the point if all those political and celebrity tweets that make headlines can be edited. On the other hand, some users feel adding an edit button is going to be just another simple feature to the Twitter profile.

Because you know, simply put, in the worst cases, people can always delete their wrong tweets and re-do them again. And it’s going well so far!

But, let’s hold on, and wait to see what decision is taken by the Twitter team.

What do you think?

Do you think Twitter should add an edit button to their tweets? If your answer is yes, tell us how you want the tweets to be editable? Should they show the changelog? Or should they simply edit the tweet without any background or hassle?

Or do you disagree about having an editable tweet? You think it’s going to take away Twitter’s charm?

Let me know your answer in the comments below!