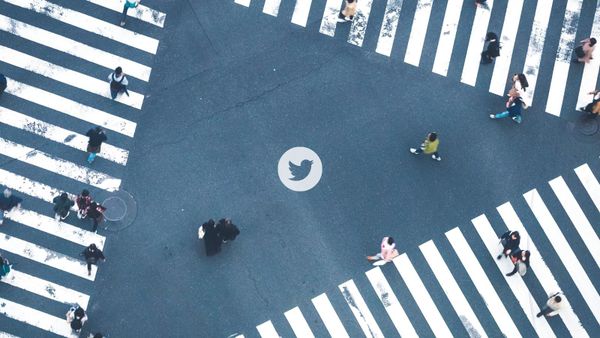 Twitter is presently one of the most popular social media platforms globally, based on active users. Twitter has reached out to 192 million monetizable daily active users (mDAU) globally in the fourth quarter of 2020. Twitter users post around 500 million Tweets every day, according to Internet Live Stats. This translates to almost 200 billion Tweets every year.

Although these big numbers are attractive in terms of marketing opportunities, they are also overwhelming if you don't know how to turn this to your advantage. If you are beginning your Twitter journey to become a credible and popular thought leader, brand, or influencer, you might wonder how to expand your circle and increase your awareness.

Maybe you have read many guides on the internet to expand your audience, and you are sure that you follow the fundamental rules. You have perfected your profile, provided consistent and high-quality content regarding the best times to tweet, used relevant hashtags, and engaged with your audience.

But still, you couldn't reach the number of like-minded followers on your target. First of all, don't worry! At first glance, it may feel like looking for a needle in the haystack to find your target audience on Twitter.

Instead of waiting for people to find and follow you, you can take matters into your own hands and reach out to them! With the Who to Follow feature, you can find your target audience who are more likely to follow you back on Twitter.

In this article, we will guide you through finding who to follow on Twitter in smart and accessible ways.

Circleboom Twitter's Who to Follow feature can assist you in locating your target audience within seconds among the millions of Twitter users. All you need to do is define your critical keywords, and Circleboom Twitter will do the rest for you to find who to follow on Twitter.

Once you search for your keyword, Circleboom will query all Twitter accounts, returning a list of accounts featuring your keyword in their name, bio, or tweets.

If you don't have an account yet, creating a new one takes seconds.

Step #2: Find the Search tool on the left-hand menu and click it.

As you click it, a dropdown menu will open. Then, select the "Smart Search" feature.

Step #3: Now, you can type your keyword in the free-text area and click the "Search" button.

Then, Circleboom Twitter will provide you a list of accounts that have mentioned your keyword in their bio, name, or tweets.

As your expectancy is to be followed back and expand your circle, you can exclude the users without profile pictures, fake and spam accounts, overactive and inactive users from your search results.

You can check the boxes in the filtering section to make the necessary adjustments. It becomes much easier to find who to follow on Twitter to get followers with these options.

Before maintaining a base of followers, it can be hard to attract influencers or people with many followers to follow you back. In such cases, you can use the follower filter of Circleboom Twitter's search tool to get in touch with ordinary potential Twitter users directly.

Or, you can put a minimum limit on friends to reach out to people who have a comparatively large social circle. You can also define a range for the number of tweets to eliminate people who don't actively use the platform or are too overactive to notice you.

Many Twitter users prefer to follow local accounts in their city or country. For many people, living in the same place is a facilitating factor to establishing a close-knit relationship.

Especially if you have a local business, geographic concerns should be the first factor in following on the Twitter list. Besides that, let's say that you are a food blogger and plan to provide content such as the best restaurants in Dallas or the ultimate third waves coffee places.

If you focus on the specific location as you search for who to follow on Twitter, you can increase your chances of finding people who are already interested in your content and the neighborhood.

There are many ways to find who to follow on Twitter to get followers, but your efforts will be vain if you don't speak the same language. Of course, you can always check the accounts one by one to identify their language, but it will undoubtedly take a lot of time.

Circleboom Twitter is a powerful Twitter management tool with various features to help you manage your account, from posting to user and performance data.
But for the time being, let's focus on Circleboom's Twitter Search Tool, which can help you figure out who to follow on Twitter through other's following/follower lists:

If you don't have a Circleboom account yet,  you can get one easily!

Step #2: Find and select the "Search" feature from the navigation bar on the left side.

Step #3: To check the Twitter following list of the user, select "Display Friends." Alternatively, you may choose "Display Followers" to see who follows that user.

Step #4: If you do not want inactive users on these lists, tick the appropriate box to move them to the bottom of the list.

When you're finished, tap "Show Friends" or "Show Followers."

Step #5: Once the lists are ready, you can also use the search bar to get a list by searching for particular keywords.

You may also see who to follow on Twitter without eggheads, inactive accounts, or private accounts by using the filtering tools at the top of the dashboard.

We've also a hands-on video that you can follow these steps to check someone's Twitter following/follower lists easily:

With Circleboom Twitter's Live Search Tool, it only takes a few seconds to get a list of Twitter users tweeting with a specific hashtag.

Let's say that you have opened a new vegan restaurant and you want to promote your delicious food on social. But it can be hard to reach out to vegans in your neighborhood.

And, it is kind of impossible to spot the vegans on Twitter at first glance! With Circleboom Twitter's Live Search feature, you can look up for vegan-related hashtags to reach out to them within a few seconds.

Here is the step-by-step guide to find who to follow on Twitter with the hashtag search tool of Circleboom.

Step #2: Find and click the Search tool on the left-hand menu.

Then, select the "Live Search" feature in the dropdown menu.

Step #3: Now, you can type the hashtag in the free-text area and click the "Find new peers" button.

Then, Circleboom Twitter will provide you with a list of accounts that have used the hashtag at present.

Of course, it is not all about the size, but much more than any other element, the following size has a significant impact on follower growth rate. Twitter accounts with considerable followings are the fastest growing accounts.

Like money breeds money, as you have more followers on Twitter, it becomes much easier to attract new followers. A good following/follower ratio increases your credibility on Twitter, as it is considered a verification badge is given by the public.

But if you have a fresh Twitter account, maybe with less than 1,000 followers, the first milestone can be tough to achieve. The very first thing to do is spread the word on Twitter that you are here on the platform to provide value to your followers.

Instead of waiting for people to visit your Twitter profile, it would be better for you to take the first step yourself to their account and follow them. You can think of this as a knock on the door.

Circleboom Twitter also has an iOS app that supports our users with an intuitive dashboard on their iOS devices:

Expanding your social circle suddenly becomes an easy task if you know the smart and easy ways to find who to follow on Twitter. Many Twitter users may not prefer this strategy to get more followers on Twitter, as it doesn't do good to your following/followers ratio.

But as a first step, especially if you have less than 1,000 followers, it is a proven way to increase your brand awareness. Also, you can always use Circleboom Twitter's Circle tool to find out your non-followers, inactive friends, spam, and fake accounts to improve your following/followers ratio.

The trick about finding who to follow on Twitter is to reach out to relevant people who tend to follow you back. Regarding this matter, Circleboom Twitter is always at your service to connect you with your target audience with its smart features.