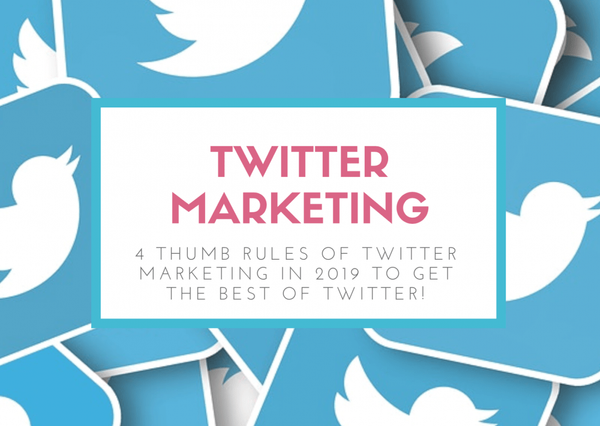 According to a research, 93% of people who follow SMEs on Twitter plan to purchase from the SMEs they follow. The unmistakable conclusion from the statistics is that Twitter marketing is crucial for the growth of small and medium businesses.

Growing your Twitter in 2023 requires smarter strategies as the old methods are not enough. Earlier, smart tweeting and using hashtags could have worked, but Twitter has evolved! With the Twitter evolving, your Twitter marketing strategies also need to advance.

I have some proven Twitter marketing strategies that you need to incorporate in 2023 to make the most out of your Twitter.

Learn about your competition:

While you’re still trying to grow your Twitter profile, some of your competitors are successful in managing their Twitter accounts.

These are the accounts you need to learn. Open your competitor’s profile and look for the following:

Analyzing this information of your competitors’ Twitter profiles will give you a great headstart in your Twitter marketing campaigns.

You would notice all his tweets are original with creative captions and information. People engage with his content because it’s worth engaging.

Organize your followers under Twitter lists and build a stronger connection:

Creating a Twitter list could be a tedious task on Twitter, but you can easily create lists with Circleboom. You can add up to 100 profiles to a list at a time. The feature makes it super easy for you to create lists and manage Twitter better.

Keeping these statistics in your mind when you’re drafting your tweets is important. If you know millennials are going to form the major part of your customers, then you need to focus on them.

You can include quotes, images, or humor that millennials can relate to most.

Keeping away from the usual Twitter marketing strategies, I have strived to provide you with some tips that you can use immediately. These tips are going to be helpful in promoting your Twitter profile and growing them faster.

I would love to know your comments! Let me know your views and Twitter tips in the comments below!