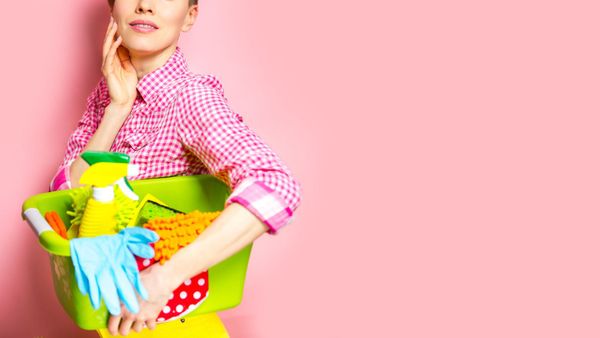 The Ultimate Guide to delete Twitter likes at once

Some of us find it difficult to believe that people will delete Twitter likes, which are somehow a part of their identity.

We may not like it when people change their minds. However, deleting Twitter likes is a very popular practice on Twitter, and there can be many explanations for this.

In reality, there are moments when unliking tweets is the only way to move forward, once a clean slate is needed.

We'll look at some of the most popular reasons why people want to remove their Twitter likes in this post. At worst, after some Twitter updates took place last year, your recent Twitter likes will occasionally show up on your followers' timelines.

The only way to hide Twitter likes is simply getting rid of them at once with a proper tool.

It's understandable to delete likes on Twitter if you don't want to be associated with some part of your past anymore. At such times, a tool that can quickly bulk delete Twitter likes for you can be extremely useful.

You can also, unlike tweets directly from Twitter, but this requires you to delete each tweet individually. If you only want to delete likes on Twitter, you can do so through the Twitter platform.

Use Circleboom to delete your all Twitter likes at once!

With Circleboom, you can easily delete all Twitter likes with a few steps. This method applicable on all devices through any web browser:

Step #2: Once you logged in, just find the left-hand menu. Here, first, click on "My Tweets" and then "Unlike".

Within seconds you can find all your Twitter likes listed.

Step #3: On the emerged window, you can directly select and delete all your Twitter likes by clicking on "Unlike All".

Be considered that, once you have started to process, it cannot be recovered!

Method 2: Selectively unlike tweets at once with Circleboom

Have you ever found yourself running to Twitter when you're inattentive and liking humiliating tweets? After a few hours, you reconsider tweets you have liked and want to delete those likes on Twitter.

So, if you want to start over, you should be sure that you have a 'clean' social media presence, including your likes on Twitter.

You can selectively get rid of them those tweets that you don't want to be associated with.

It will take just a few seconds.

Step #2: Once you logged in, just find the left-hand menu. First, go click on "My Tweets" and then "Unlike".

Within seconds you can find all your Twitter likes listed.

Thus, you can selectively delete Twitter likes at once. No worries, it is an almost identical process to the previous method.

You can sort your Twitter likes according to retweet counts, sending time, name, and favorite count of the tweet on the app.

Sometimes we may not want to delete all Twitter likes of ours without regarding their importance to us. This may be retweet count, like count or even the specific user we have liked them from.

Step #1: Download Circleboom App from iOS store (It is currently announced as private beta but it will be available by May 2021).

Here, Circleboom's new iOS App offers this opportunity to sort all your Twitter likes according to their retweet count.

Step #2: When you logged in to Circleboom App, tap "My Tweets" from the bottom menu and from there, continue and tab "Unlike" section.

After that, you will be directed to Unlike dashboard where you can delete your Twitter likes.

Step #3: On the Unlike dashboard, go tab the blue sort button bottom-right.

This unique feature lets you choose how to sort your Twitter likes before deleting them.

You will find three sort options, "Sort by Retweet Count", "Sort by Like Count" and "Sort by Screen Name" to filter your Twitter likes. Furthermore, you can the "Ascending" and "Descending" buttons can help the filtering process.

Moreover, you can consider using "Keyword Search" bar to find out some specific tweets to unlike. Or if you don't want to bother yourself with sorting your Twitter likes and just would like to delete all Twitter likes at once, you can just go and tap the red "Unlike All" button upper right.

Retweet count matters either for our tweets or tweets we retweeted or liked. That's why you may not want to consider sort your selection before start to delete all Twitter likes.

When you have completed sorting your Twitter likes by their Retweet counts, you can select those tweets one by one and unlike.

Like counts of tweets is also important. While unliking tweets that you want to get rid of, you may take this into regards too.

Once you have completed sorting your Twitter likes by their like counts, you can select that one by one and unlike all tweets afterward.

How to delete Twitter likes of specific users and accounts?

It is the most crucial feature that we may be in need of. While you can deleting your likes, you should check whom tweets you are unliking, because it can lead to a break up with some of your friends if they take it as an insult (unfortunately it is possible too).

Step #6: To unlike all tweets by accounting their owner, you should go and search for their username on Keyword Search. All Twitter likes of your of that Twitter user will be listed.

After that,  you can select and delete all tweets from that specific user.

Once you have completed sorting your Twitter likes by their owners, you can select one by one and unlike tweets.

Step #7: After sorting, choose your likes by simply tapping them. Once you are done, go and tap the red unlike button on the top-right.

Don't forget, likes are not recoverable once proceeded.

Pro Tip: You can use these three different sorting options to filter your Twitter likes and detect every single tweet that you want to unlike! We bet, no Twitter likes will have a chance to escape!

Method 4: Delete Twitter likes at once via a web browser

If you want to delete all likes, you may consider using the Twitter console in Google Chrome.

Before starting: You may need to apply these codes as far as your Twitter likes to be deleted. However, we don't suggest this method very much because it may not work every time. Moreover, you cannot delete your Twitter likes selectively with that method.

You'll need a clear understanding of how the console operates. Let's start then:

If you don't use Google Chrome and don't want to download it just for a single process, just download Chromium instead and run it directly.

Step #2: Go to the “Likes” on your Twitter dashboard. On "Likes" section, press “F12” and open the debug console.

Here, click on the “Console” and copy the script,

and run it via pressing enter.

The method of deleting Twitter likes with Circleboom can seem to be far too simple to be true. Only a few apps provide a simple and easy-to-use solution for analyzing all tweets, filtering them, and deleting their likes. We bet Circleboom is the absolute best among them.

Lastly, What about old Twitter likes you couldn't get rid of? We know that it is weird but true. If you have tried but couldn't, unlike Twitter likes of yours, it would have turned to gray. It is a common Twitter bug that hasn't been fixed for years now:

"TLDR; The services like Circleboom makes requests to Twitter via their official APIs (programmer access interfaces), and Twitter fulfills the requests successfully. However, they may show some of the destroyed data for a while."

Method 5: Delete old Twitter likes which do not go

Tweetdeck is quite a handy web application by Twitter. It is basically a grid of customizable columns. There can be a column for your main timeline, notifications, DMs, scheduled tweets, lists, etc. On Tweetdeck, you can add, deleted, and moved columns as you desire.

Sometimes, it comes true that Tweetdeck works much better than the actual Twitter web. That's why it is less possible to confront such a bug on Tweetdeck. Here, you can delete old Twitter likes which do not go off. How? Let's continue then:

As it works for Circleboom, you don't need to sign up for Tweetdeck.

Step #2: Once you logged in, select the feed on your timeline. You can delete old leftover Twitter likes from the column where your Twitter timeline is saved.

Find the tweets that you couldn't unlike and click the red like heart to unlike all by one.

As we have said, we know it is weird, but if your old Twitter likes won't go away in proper ways, it is the only way you delete Twitter likes.

A problem common to all generations, changing relationships result in people deleting Twitter likes. People like to unlike all tweets posted by their ex for instance. All those love posts that make you grieve and no longer make sense need to be removed to move forward.

According to a recent survey, 77% of people say they would look before dating anyone. What's more interesting is that 40% of those people may cancel the date as a result of what they learn.

To leave a good impression with someone, unlike tweets cannot be an adequate precaution. That's why most people may want to clean their Twitter History if they feel they are near a new beginning. To those people generally prefer to delete all tweets, or delete retweets associated with their near past.

If you need a super handy Twitter automation tool, Circleboom would be the excellent pick for you. With Circleboom, you won't need to worry about your future digital marketing campaigns on Twitter. The company

Did you just say what about safety? Circleboom 100% guarantees your account's safety during its service. In contrast with many other no-name third-party tools, we strictly follow the Twitter Policy and ensure you won't encounter any problems because of your cooperation with Circleboom on Twitter. That's why Circleboom is preferred by many corporate and non-profit organizations, from BBC News to Red Cross.

What are you waiting for then? Let's try our free trial and boom your circle on Twitter!