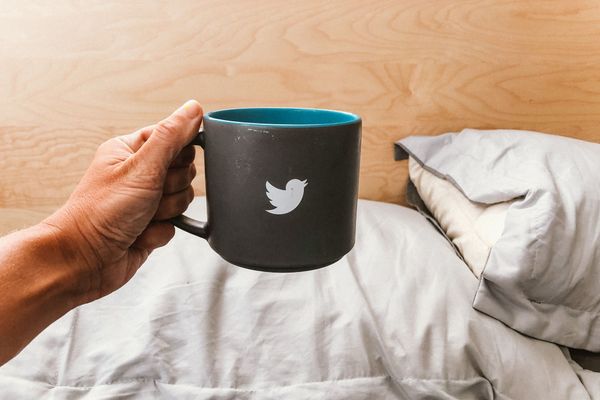 Every day, thousands of new Twitter accounts are created. As a result, users' numbers of followers grow regularly. However, there are times when the number of followed accounts grows to the point that it is difficult to manage their presence and efficiency.

Typically, you will find that the accounts you follow are no longer involved after a certain amount of time has passed or that they do not retweet nearly as many tweets as they once did. Furthermore, some of the accounts you follow may be spam or fake. So that, you may eventually need a tool to remove those inactive Twitter accounts.

How to remove inactive Twitter accounts easily with 2 minutes?

Since Circleboom was created with all Twitter rules in consideration, you can easily use it to remove your inactive Twitter followers. Circleboom's feature does not allow for aggressive mass unfollow, preventing you from being suspended or removed from Twitter but enable you to remove inactive accounts on Twitter.

It will take only a few seconds, not more.

Step 2: Open the menu on the Circleboom Dashboard's left-hand side. On it, choose the "Circle" menu.

It will open a sub-menu right away. Select "Inactive" from the drop-down menu as shown below.

Step 3: Circleboom will process all of the inactive Twitter profiles you follow and show them to you.

Step 4: By default, Circleboom finds all Twitter accounts that have not tweeted in the last 30 days to be inactive. If you want to remove inactive accounts which have been inactive for a long time, you can do so.

Firstly, you can change the period you have filtered, as shown in the red box below. For example, you can extend the inactivity period to 120 days.

At the top, you will find Twitter accounts that were inactive for months and maybe years, and you can remove them first.

To find keywords, hashtags, locations, words, or usernames, use the top's search bar. The keyword search will scan all inactive accounts for your search term and return a result.

Now let's look at some other tools to remove inactive Twitter accounts.

For those would like to follow these steps on a hands-on video here it is our video tutorial:

On Manage Flitter, you can also search to see if the accounts you follow are fake or spam. Afterward, what you need to is to click on the "unnecessary" profiles that the filters have identified, and the follows will be dropped automatically.

UnTweeps is a tool that helps you find and get rid of inactive Twitter accounts. If you want to find and delete users who have not tweeted in a long time from your watched list to make way for new ones, UnTweeps can be handy.

The default inactivity period in UnTweeps is 30 days, but you can change it to any time you want. You can also look at users who have never tweeted before in this manner. After that, you can choose which accounts you do not want to follow from UnTweeps' list and delete them in bulk.

Tweepi, a free app for managing your Twitter account and it stands out thanks to its "grid" interface. By changing the settings that identify the accounts you follow, you can get more detailed results.

For instance, you can use Tweepi's Last Tweet feature to filter the users you follow who have an active account based on the last time they posted. The account information can then be reached by pressing the info button next to the profiles.

Justunfollow, one of the most common Twitter managing services, performs brilliantly, despite its limited free use options. To use the service, go to their websites and create an account.

Since 2013, Twitter has been vocal about its opposition to mass unfollowing. They have made it clear that no third-party applications should be allowed to mass unfollow on Twitter. Despite their statements and guidelines, extensions and several free unfollow apps for Twitter have been created to facilitate this method.

As a result, Twitter has created a sophisticated, successful algorithm to fight spam. If your account's automatic operation contradicts the Twitter Rules, Twitter can take action against you, such as removing your Tweets from search queries or disabling your account.

In contrast with other third-party tools, which may result in you being suspended by Twitter, Circleboom's functionality does not allow for aggressive mass unfollowing. It was designed with all Twitter rules in mind.
That's why you can easily getting rid of your inactive Twitter followers with Circleboom mind at peace!

Circleboom has an easy listing system that allows you to remove any of the accounts you do not want to follow. To conform to Twitter policies, you can use Circleboom's Twitter management tool to click on each visit button individually. Circleboom's quick retrieving time helps them to get followers of large accounts with over 200,000 followers in under a minute.