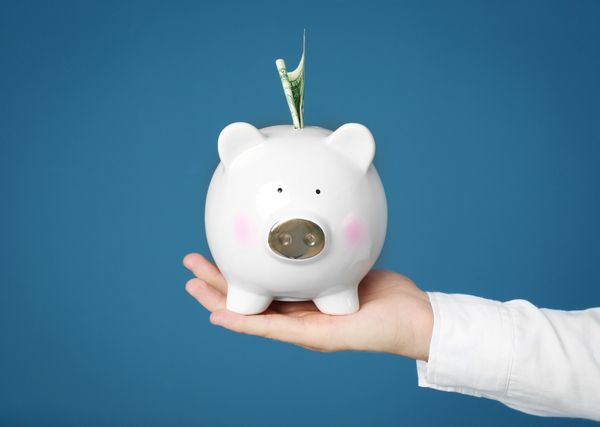 How do I make money on Twitter in 2023: All you need to know

"How do I make money on Twitter?" is the question on your mind? If it is, you are in the right place.

Twitter is a platform where individuals or businesses share their responses to what is happening around them or in the world with their specific ideas in text messages.

Twitter, where the number of active users is rising daily, is a social network used by people or companies as a social news hub to make comments to their followers or the media.

While influencer marketing, affiliate marketing, and content marketing are all concepts that people make a lot of fuss about, the question of how to make money on Twitter pops up for Twitter users.

Even though everything starts with setting up a killer Twitter profile, there are several rules of thumb suggestions and strategies to create opportunities and make money on Twitter.

Affiliate marketing is the Twitter monetization strategy that delivers the most positive outcomes. You may become a partner in selling any product and share and mediate the goods' sale with your referral link by engaging in affiliate sites. How much money you make is entirely determined by your promotional leverage and the brands you represent.

For instance,  Circleboom's affiliate program is the cherry on cake you've been waiting for, whether you're a Circleoom user or a blogger who likes to write about Circleboom.

You can advertise and make money on a Twitter account that appeals to a large and active audience. Companies can, for instance, send you ad text and ask you to Tweet it for a certain fee.

Many individuals and brands may choose to leverage your influencing capacity if you have a niche, active, engaging and responsive audience that matches that brand's/companies' needs.

Twitter can be used to make money by promoting any brand. You can generate revenue based on the fee per sold item principle, and this revenue can grow as your follower audience grows and engagement increases. For such projects, you can create collab photos and videos featuring specific products.

Driving Traffic to Other Websites or Channels

This method involves driving incoming traffic to other social media platforms that will make money instead of directly making money on Twitter. The two most profitable and common referral link methods are as follows:

As you might be aware, you may make money by placing advertisements on websites or blogs. If your Twitter account receives high traffic, you may boost your Twitter revenue by directing traffic to your website and earning money from those placed ads. Or you can collaborate with other websites and create sponsored referrals or backlinks if you have significant traffic but no website or blog page.

With AdSense, you can make a lot of money from your YouTube videos if you know how to use Twitter. How so? You need to redirect your Twitter traffic to YouTube, increase your video views and ad clicks to make money.

Well, speaking of driving traffic to make money causes Twitter to turn into a mediator platform. But, if we look at the big picture, this mediator role is not profitable for Twitter.

That's why Twitter is now launching a new feature called Twitter Super Follows – a subscription method- and enhancing the video uploader tool to Twitter Media Studio where content management, Ads, and Analytics features are all made available. Let's now look at these new features in detail.

Super Follows, a payment feature, will enable Twitter users to charge a fee to their followers for access to additional content. Extra tweets, links to a community group, an email subscription, or a badge showing your contribution are all options.

In a mockup illustration, Twitter portrayed a scenario in which a user/follower pays $4.99 per month in return for a package of benefits. It is used as a way for creators and publishers to get funded upfront by their followers.

In a setting in which a Facebook-Google duopoly powers online advertising, Super Follows subscriptions would enable Twitter to expand into a wider variety of income sources.

There is now a Media Studio platform where we can see and examine the media's data on Twitter in greater depth. Thanks to Twitter Media Studio, users can have several additional features, such as adding a title, description, and subtitle to the media you post on Twitter. Offering features to help content editing and management and emphasizing Twitter analytics and platform offers brand-new video ads and sponsorships integrated to Twitter Media Studio.

To use Twitter Media Studio, you must first activate the Twitter Analytics feature. With this function, you will learn many details, such as how many people have visited your user profile, how many times your tweets have been viewed, your most popular tweet and more money.

Suppose you are looking for an advanced Twitter Management and Twitter analytics tool that includes details of your followers' genders or other critical demographics.

In that case, Circleboom offers account analytics, follower insights, tools for detecting fake and inactive profiles, as well as smart search tools for finding new peers. You can delete your likes, comments, retweets, reach your entire archive with built-in software, or use the Publish Feature to figure out what to tweet.

Don't forget that, constructing a profile that provides campaigns and advertising that will draw potential consumers' interest rather than individual entertainment.

Circleboom's Interest Cloud collects data from your followers' bios thousands of tweets and deliver it into an up-to-date, interactive graph to give you insight into how they think and tweet.

Most importantly, identify your target audience first, and you should not confuse them with content that will not appeal to them.

Before sharing videos with your Twitter followers, you can use Twitter Media Studio to enhance them with thumbnail images, appealing titles, text subtitles, related call-to-action buttons, and more.

Twitter Media Studio is about more than just editing and planning content; it's also about advertising and monetization, as well as for analytics.

It's simple to incorporate Twitter into your live video distribution strategy once you've become a Producer. You can use this tool to broadcast properly generated live shows, promote them, and cut highlight clips from them.

You can use external encoding software or hardware to broadcast as self-service.

There are several ways and methods to make money on Twitter, and Twitter continues to create new methods and platforms to support user profiles in this way. It incorporates methods that work well on other social media platforms and tries to increase its chances.

People who have just opened a new account or do not have enough followers will not make money from Twitter right away. First and foremost, you should handle your account as efficiently as possible to acquire a large number of active and engaging followers rapidly. As a consequence, you must be sincere for your supporters to be sincere as well.