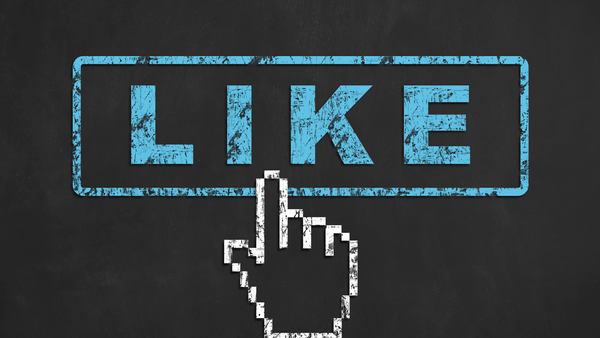 An Overall Guide to Twitter Likes: How to Get More in 2023!

Nothing beats the fun of scrolling through your Twitter timeline while you’re relaxing at home after a long day. This is the best way to keep up with the latest news, the funniest memes, or the updates from the people you follow.

Have you ever wondered why so many of us use Twitter daily? Here’s what statistics have to say about why people use Twitter:

This diverse range of reasons why people use Twitter means that the content on Twitter is diverse too. You can find any type of Tweets from informative to hilarious, from thought-provoking threads to viral hashtags. There’s absolutely something for anyone on Twitter, so chances are you’ll be hitting that Like button pretty often.

If you want to keep track of the tweets you’ve liked, you can find them under the Likes section on your profile. The tweets you liked will show up ordered from the most recently liked tweets to the oldest.

You may also see the tweets liked by the accounts you follow show up on your Home timeline. Likewise, the tweets you have liked can also appear on their Home timelines as well. You can find out more about how the algorithm for the Twitter Home timeline works here.

There are some tweets that have gained likes from so many people that they’ve almost become iconic. Let’s take a look at some of them before we can strategize ways to bring your tweets to similar levels of iconicness.

Top 10 most liked tweets ever

#1 Chadwick Boseman: The most-liked tweet of all time was tweeted from American actor Chadwick Boseman’s account to announce his death. As of 2022, the tweet has over 7,2 million likes.

#2 Barack Obama: The second place for the most liked tweets of all time goes to the ex-Commander-in-Chief Barack Obama with 4,1 million likes.

#4 Barack Obama: Barack Obama offered his condolences in a tweet to Kobe Bryant's family after the tragic death of the American basketball player in a helicopter accident. Obama's tweet got 3.7 million likes, making it the 4th most-liked tweet of all time.

#5 Andy Milonakis: The 5th place goes to Andy Milonakis for his sarcastic tweet following the launch of Crew Dragon Demo-2 by SpaceX in May 2020.

#6 Jungkook (BTS): The K-POP boy band BTS definitely has a strong ARMY supporting them. After BTS member Jungkook posted a selfie with just an emoji in the caption from the band's Twitter page, his tweet quickly got 3.2 million likes!

#7 Kamala Harris: You did it Kamala! You made it to the top 10 most liked tweets ever list! This video that vice-president Kamala Harris shared after the 2020 election results came out quickly went viral with 3.2 million likes.

#8 Joe Biden: President Joe Biden's tweet on the election results day on 7 November 2020 got 3.1 million likes, making it the 8th most-liked tweet of all time.

#9 Macaulay Culkin: American actor Macaulay Culkin shared the news that he turned 40 on Twitter when an entire generation could swear that Home Alone came out, like, yesterday. His tweet quickly got 3.1 million.

#10 Jungkook (BTS): Jungkook from BTS should teach a MasterClass on how to get millions of likes on Twitter! The Korean caption to this photo says "I miss you ARMY". How sweet of him!

So what does this list of top 10 most liked tweets tell about the user demographics on Twitter? Let’s look at some key statistics:

It’s safe to say that Twitter is a great platform if your target audience is Millennials from the United States.

How to unlike tweets and delete your Twitter Likes

Are you looking for a way to unlike some tweets and hide your Twitter Likes even from your followers? You should check out Circleboom’s Twitter management tool. It’s the best third-party tool out there that will help you out with your Twitter experience. Its Unlike my Likes feature is everything you need to say goodbye to the tweets you’ve liked off your Likes section.

So how does it work? It’s very simple. You can accomplish much in just a few easy steps.

Step #3: Now, open the left-hand menu, and click on My Tweets. A dropdown menu will appear, click on Unlike.

Step #4: Select Unlike All to say goodbye to your liked tweets once and for all. This way, even your followers won’t be able to see anything on the Likes section on your profile.

The best part about Circleboom’s Unlike my Tweets tool is that you don’t have to unlike all the tweets you’ve liked. You can pick and choose which tweets to unlike by searching keywords, hashtags, or usernames. Cool, right?

Now that we’ve covered how to unlike Tweets, let’s take a look at your tweets. Have you ever tweeted something that was quite a success? Do you want to know more about the performance of your tweets based on the likes they get? Let’s dive in!

How to see your most-liked tweets

All active Twitter users have a few original tweets whose performance they’re proud of. In order to keep this success up, your first step should be to analyze your top tweets and study what’s made them earn those tiny adorable hearts from other users.

So how can you see your top tweets? You have more than one option.

If you’re not already using Circleboom Twitter’s Tweet Stats feature, today’s the day! Circleboom’s Tweet Stats offers all the information you need about the performance of your tweets in smart graphs, so it’s a wonderful way to learn more about how and why your top tweets gained so many likes.

You can see your top-performing tweets and gain valuable insight.

You can save your Circleboom Tweet Stats PNG, JPG, SVG or JSON, CSV, XLSX, HTML, and PDF file formats. Or you can print it out directly.

Circleboom Twitter iOS App lets you sort your tweets based on the number of likes they got. You can easily see your top-performing tweets at just a few taps away! Circleboom Twitter for iOS is available at Apple's App Store. You can learn more about the other amazing features of this app here.

Last but not least, just head over to Twitter’s native Analytics platform to see your top tweets.

Though there’s probably no guarantee that your tweets will get as many likes as the U.S. Presidents, there are still ways to maximize the number of likes you get from your circle on Twitter. Let’s take a quick look at some suggestions to make more Twitter users click on the tiny heart button below your tweets.

#1 Get to know your audience

Understanding your target audience is key for posting tweets that will attract your audience’s attention the most. You should aim for relatability to create an online bond with your audience on Twitter. If you’re not sure what your audience likes, you can always go back to your top-performing tweets to get inspiration.

Here's a breakdown of the greatest features that Circleboom Twitter offers for you to get to know your audience better:

Circleboom Twitter's Gender Demographics stats are wonderful for targeting your audience better. This cool feature lets you see the gender demographics of your Twitter friends and followers.

Circleboom Twitter's Language Stats comes in super handy, especially if you have an international audience. This feature lets you access interactive graphs of the languages used by your Twitter friends and followers. Analyzing language stats is crucial for preparing language/geography/nationality-specific content.

With Circleboom Twitter Audience Insights, you can easily find out about the verified accounts that follow you, catch who has unfollowed you, see the accounts that don't follow you back, and sort out spammers, fakes, and inactive accounts.

Tweeting regularly and consistently is another important factor to increase your likes on Twitter. Tweeting rarely at irregular intervals will make your audience forget about you. Tweet multiple times a day, and keep your audience on their toes waiting for the latest tweet from you!

Let's look at some suggestions to keep you active on Twitter.

Sometimes coming up with a tweet isn't the problem but remembering to tweet is. If you want to make sure that your audience keeps getting tweets from you regularly, scheduling your tweets is a wonderful way to do that. You can use Circleboom Publish's Tweet Scheduler to schedule or auto-post tweets to your account.

#3 Interact with your audience

You want to show how much you care about your audience? Interacting with them is a great way to do that. You can ask them questions in your tweets, invite them to share their thoughts, reply to their comments and answer their questions. This way, your audience will feel heard.

The best strategy for interacting with your audience is learning about their interests. You can tailor your interaction-inviting tweets according to what your audience keeps talking about. Circleboom Twitter's Interest Targeting feature generates an interest cloud that shows the interests of your Twitter friends and followers. Is there a better way to learn all about your Twitter audience than this?

Hashtags are so much fun and they can be quite powerful in enhancing the visibility of your tweets. More views, more likes. You can search for relevant popular hashtags to use while tweeting to make sure your tweets go beyond the timelines of your followers.

If you want to learn more about using hashtags, you can check out our universal guide to hashtags here.

Tweets with photos get much more engagement rates. Make sure to include photos, gifs, and videos in your tweets to make them more fun!

Do you want to add color to your tweets with the best visuals possible? Then Circleboom Publish's Twitter Post Design tool is the place for you! You can use Giphy, Unsplash, and Canva on a single dashboard for designing your tweets!

The Best Time to Tweet graph will appear on your screen. You can use the information provided to you by Circleboom to get more likes on Twitter.

You can also schedule your tweets with Circleboom Publish’s Tweet Scheduler tool to make sure your tweets appear on the timeline at the right time.

Who doesn’t like seeing the number next to the tiny heart button under their tweets go up? While getting over 3 million likes is something only the U.S. Presidents or Jungkook from BTS can pull off, why not aim for a little (Okay, maybe a lot) fewer likes than that when it’s well within your reach?

With some simple suggestions to follow, you can increase the number of likes your tweets get very easily. Getting help from Circleboom Twitter and Twitter Analytics is a surefire way to make your tweets perform well. You should definitely check out what they have to offer for boosting your Twitter success.