Get to know, what's happening on your circle!

Get in-depth analytics about your followers, friends and tweets.

Take benefits of Twitter Interest Targeting to acquire detailed user analytics graphs of Twitter your follower. These deep insights will ease your work in establishing your unique Twitter voice.

Twitter Language Stats is a valuable metric, especially for multinationals and companies with global customers. Knowing the languages your followers are predominantly using will help you plan your tweets.

On Circleboom Twitter, you can get more deep, helpful insights and statistiscs than Twitter Analytics. You can track follower and following growth. You can measure the success of your tweets by checking daily.

Take benefit of Twitter Follower Stats to acquire detailed graphs of Twitter follower statistics and deep insights that will help you establish your Twitter voice. You may also create graphs that track your followers' gender statistics and even learn about their language distribution!

Since Twitter Analytics does not provide any Twitter gender statistics, to analyze your followers’ gender stats, you should use Gender on Twitter by Circleboom! Hence, you can reach out to your target audience with the most relevant content and double your engagements. Curate social media content considering your followers’ Gender Stats on Twitter to boom your success!

If you are looking for a way to export Twitter user analytics and get your Twitter user analytics data as a text in PDF, HTML, XLSX, CSV, JSON formats or as an image in PNG, JPG, SVG, PDF styles, Circleboom Twitter is the right place! You can print and export the Twitter insights that Circleboom provides you in a detailed manner with a few clicks. 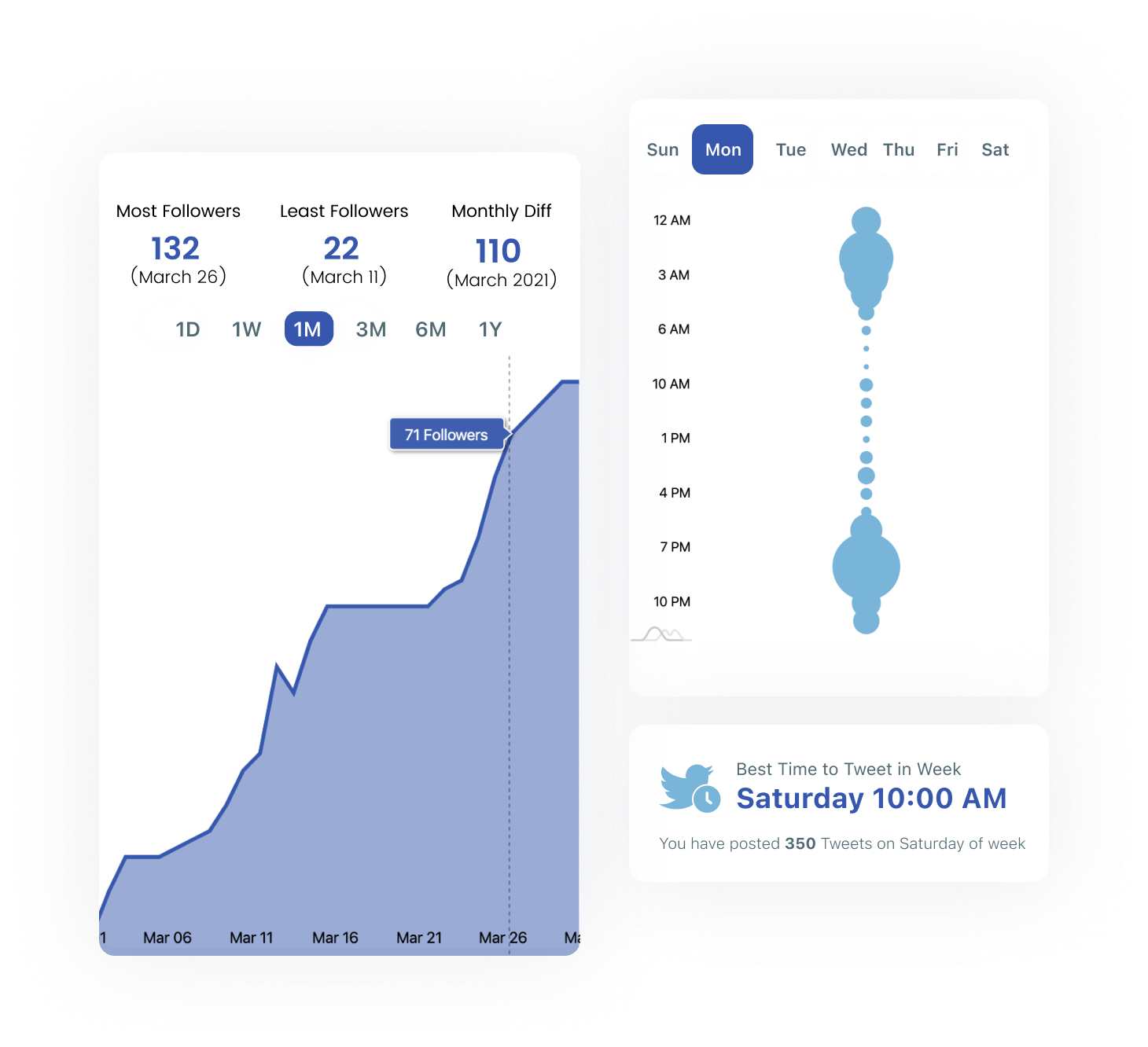 CircleBoom keeps an eye on your account and keeps a record of the followers you've gained or lost to help you to track Twitter unfollowers, track Twitter followers, and track not following back as well.

You can easily get your daily/weekly/monthly/yearly follower stats with Circleboom’s follower stats analytics. The daily change graph would show how your followers have changed every day.

Would you like to know how many of your followers are inactive, overactive, verified, and most importantly, human? Then, this is the chart that you need to focus on. It will give you a clear information on who your followers are. 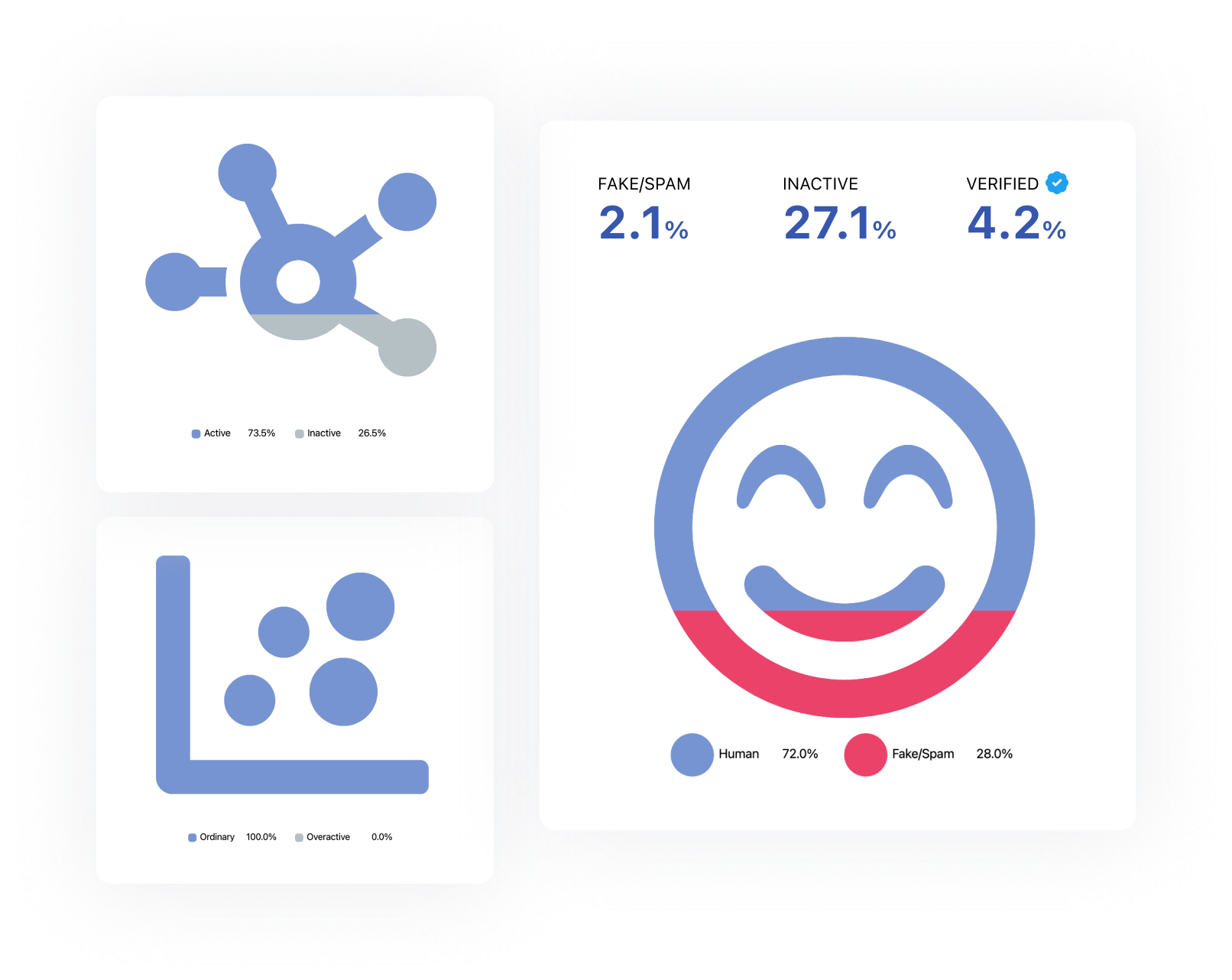 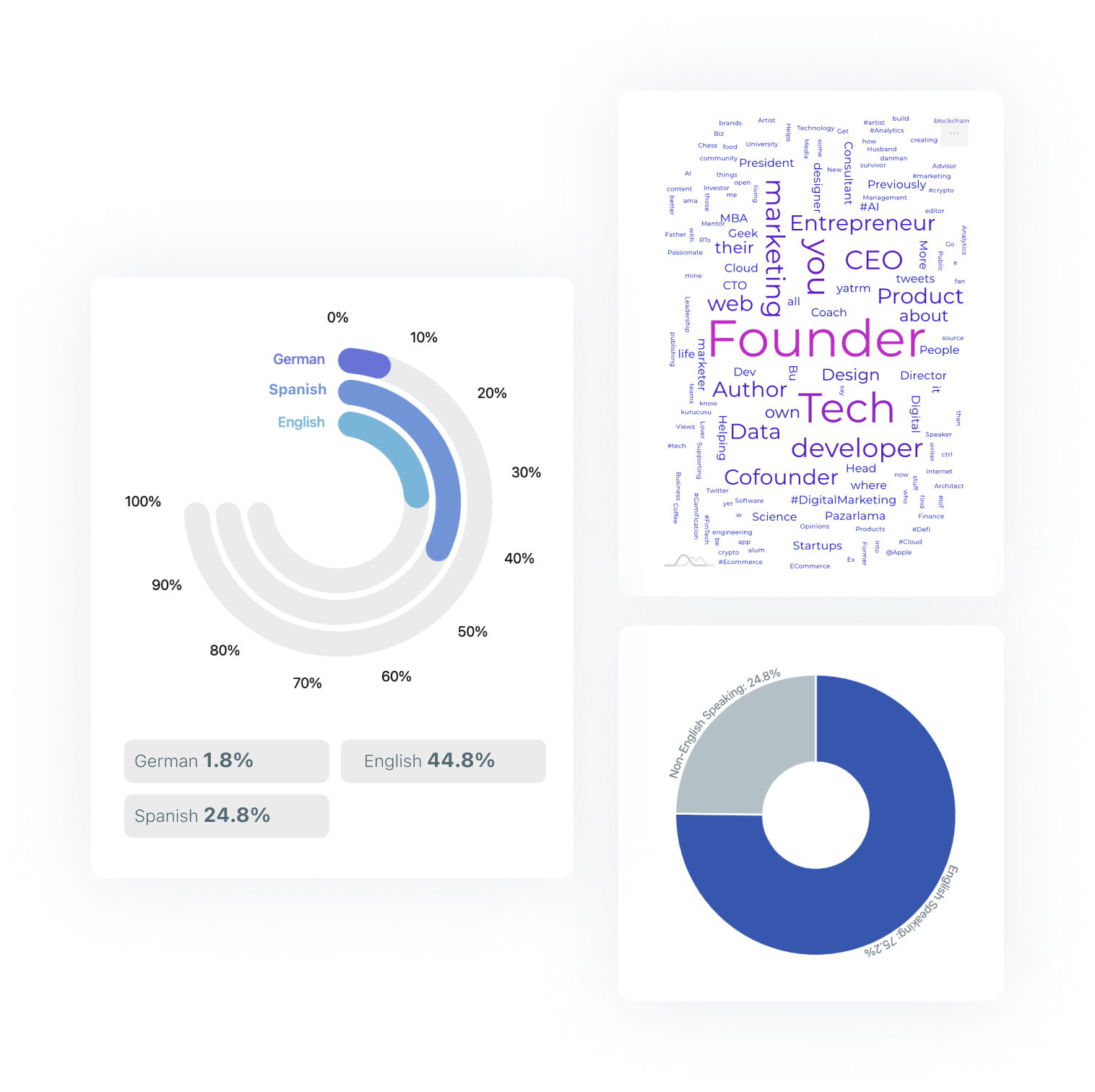 Language stats is a valuable metric especially for multinationals and companies with global customers. Knowing languages your followers are predominantly using will help you plan your tweets.

Curate your contents by taking your follower's gender under consideration.

Interest cloud is the perfect way to know who your friends and followers are and what interests them.

Are you looking for further?

Do you know you can delete your Twitter archive, remove Twitter likes, and even delete all your retweets in seconds?