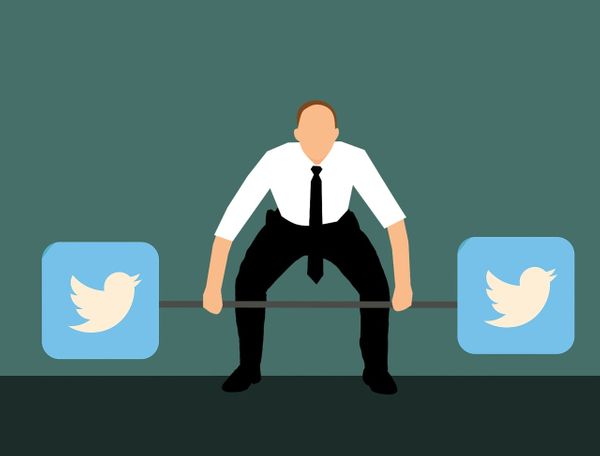 Now, the question is, how can you distinguish between ghost, bot, fake, and inactive Twitter followers and friends?

I would say that none of them really contribute to your tweets in any way. They add to your Twitter following numbers with no benefit of actually following them or being followed by them.

Why should you bother to remove fake and ghost Twitter followers and friends?

Firstly, because they are inactive or dead accounts, you have no reason to follow them. You do not see any valuable content from them or maybe any content at all.

Secondly, if you’re an avid Twitter user who cares about his tweet engagement then these accounts give you false analytics.

A quick calculation would tell you that almost 4000 of your followers have been worthless while you have been expecting retweets and likes from them.

So, when your like percentage is 2% in your Twitter analytics, it’s actually 6% because more than half of your followers are bots or spam accounts.

Let’s look at the steps:

4. Once they are listed, you can select some or all of them.

After that, you only need to click on the red "Remove Selected Followers" button.

If you are sure to remove these inactive followers, you should click on the "Remove Followers" buttons and finish the process.

In case you would like to watch the given steps on our video tutorial to remove inactive followers, here it is:

It is an easy and quick process on Circleboom Twitter to find fake followers and force them to unfollow you on Twitter.

All you need to do is follow these steps:

You can also watch our hands-on video guide to learn more about how to delete fake Twitter followers:

How to remove followers on iPhone

Thanks to Circleboom Twitter's iOS app, you can find and remove inactive/fake/ghost/bot followers on iPhone and iPad.

You should log into Circleboom's iOS app on your device as the first step.

Then, you can use the Search menu to list all your followers.

As the last step, you can select some or all of them and remove inactive Twitter accounts.

Are you ready to Remove Ghost Twitter Followers and Friends?

Circleboom Twitter makes it really easy for you to get rid of all inactive accounts and bots. The tool is a huge time saver.